Get Rid Of Visceral fat With Keto

How to get rid of visceral fat with keto: Visceral fat is a unique type of body fat that has been implicated in numerous serious health problems.

If you have visceral fat,  you should  consider making some changes that will help you to lose it.

Visceral fat, sometimes called belly fat is formed deep in the abdominal cavity. It’s very close to many internal organs such as the stomach, liver, intestines and pancreas.

The risk is that this fat can wrap itself around the internal organs.  This will put you at great risk of many serious health issues.

What is harmful about visceral fat?

Fat cells are not just used for the storage of fat.

Visceral fat is metabolically active and is capable of producing hormones. These can increase the level of inflammation in the body

Inflammation is a major health concern and is implicated in many diseases.

These include cancer, neurodegenerative disease such as Alzheimer’s and numerous other serious health problems.

This study proposed the Portal Hypothesis.

This vein carries blood from the intestines, pancreas and spleen to the liver.

This causes the development of insulin resistance and type 2 diabetes.

How do you know if you have visceral fat? 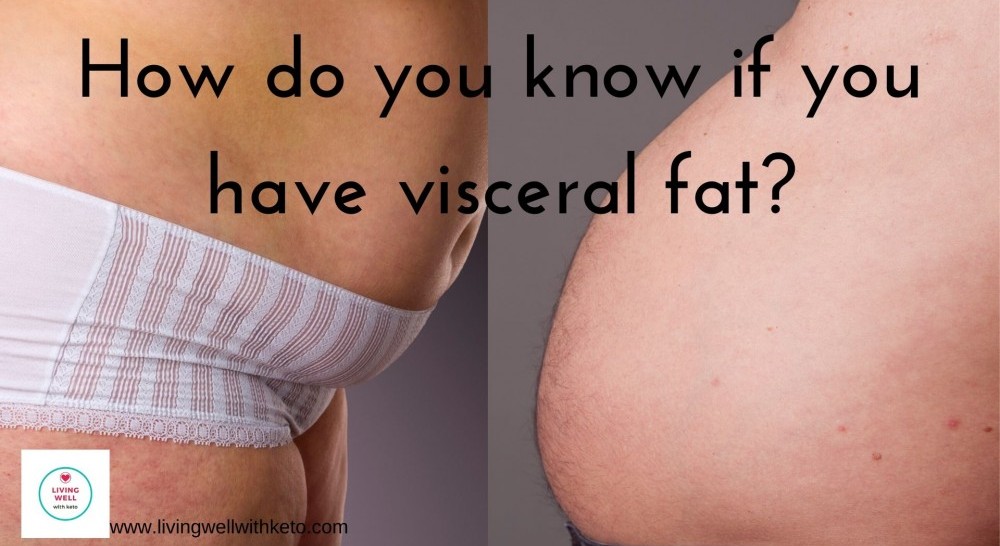 If your stomach is big and round, the chances are that you have visceral fat.

Measure your waist, more than 35 inches/90 cm for a woman would indicate the presence of visceral fat.

Take a look at your parents and grandparents. This study showed that there was a strong genetic link to developing visceral fat.

If your family are all apple shaped, there is a much higher chance that this is going to be an issue for you too.

How to get rid of visceral fat 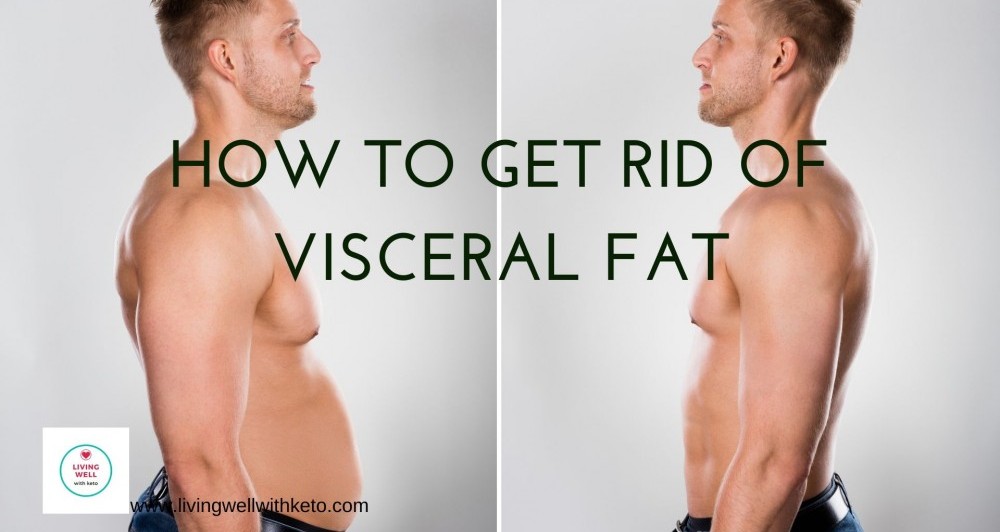 A recent study (March, 2019) demonstrated that the keto diet was highly effective at reducing visceral fat.

The study, Extended Ketogenic Diet and Physical Training Intervention in Military Personnel (4) was commissioned by the US military.

They were concerned about growing rates of obesity among their personnel, reaching almost 60%.

29 people were studied for three months. 15 were put on a keto diet and the rest ate their normal mixed diet.

Even more important is the fact that they lost 5.1% of their body fat, with 44% of this loss being visceral fat.

They had a 48% improvement in their insulin sensitivity, reducing their risk of developing diabetes.

The conclusion was that the military personnel demonstrated a high adherence to the keto diet and a remarkable weight loss.

There were also improvements in body composition, including the loss of visceral fat.

This did not compromise their physical performance adaptations to exercise training.

This study also demonstrated the benefits of a very low carb diet on the reduction of visceral fat in both men and women.

Both overall fat loss was greater on a very low carb diet compared with a low fat diet.

Another study (5) tested the idea that a low glycemic diet would reduce total and visceral tissue, in both weight-maintenance and restricted diets.

The study involved 69 men and women who were randomly assigned to the high or low glycemic diet.

Both groups ate the maintenance diet and the restricted diet.

It was found that after the maintenance diet, those on the low GL diet had 11% less intra-abdominal fat (IAAT) than those who consumed the high GL diet.

Even if you don’t want to try the keto diet, reduce your carbs as much as you can, and stay away from the problem foods.

Avoid all sugar and trans fats. These have been strongly linked to the development of visceral fat. Grain has also been shown to cause this problem.

Include anti-inflammatory foods in your diet such as: 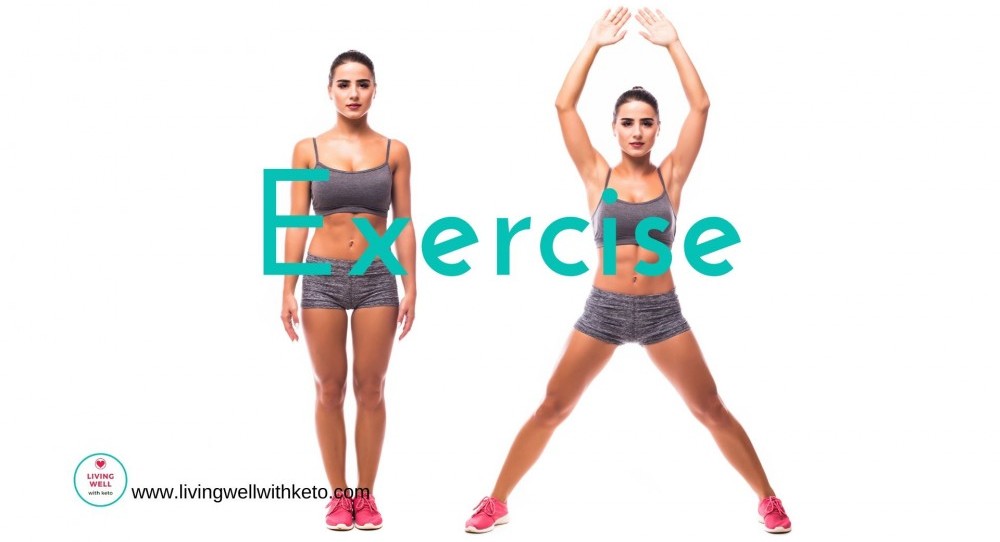 Many studies have shown that visceral fat is easier to lose with exercise than subcutaneous fat when combined with the correct diet.

If you exercise, but ignore your diet you will not see the results that you need if you are going to gain the health benefits.

Exercise that increases the heart rate is best for the loss of visceral fat. (6)(7) Moderate and high intensity aerobic exercises were the most beneficial.

Try walking fast, running or jogging if you don’t want to join a gym. Aim for at least three sessions each week.

Lack of sleep can increase the amount of visceral fat you’re carrying around inside you.

Many studies have found an inverse relationship between lack of sleep and visceral fat.( 8)

This study  followed people who sleep from 7-8 hours each night. They had a reduced amount of visceral fat compared with those who slept for 6 hours.

A spontaneous change in sleep duration (from a short to an adequate duration) is independently and inversely associated with long-term visceral fat accumulation.

Make sure where you sleep is cool but not cold. As quiet as it can be – or consider using ear plugs.

Also avoid using phones or laptops in the few hours before bedtime.

If this isn’t possible, consider using blue light blocking glasses during the evening.

It is possible that supplementing with magnesium will help you to sleep, and many adults are now deficient in magnesium.

See here for keto supplements which will help you to burn fat faster. 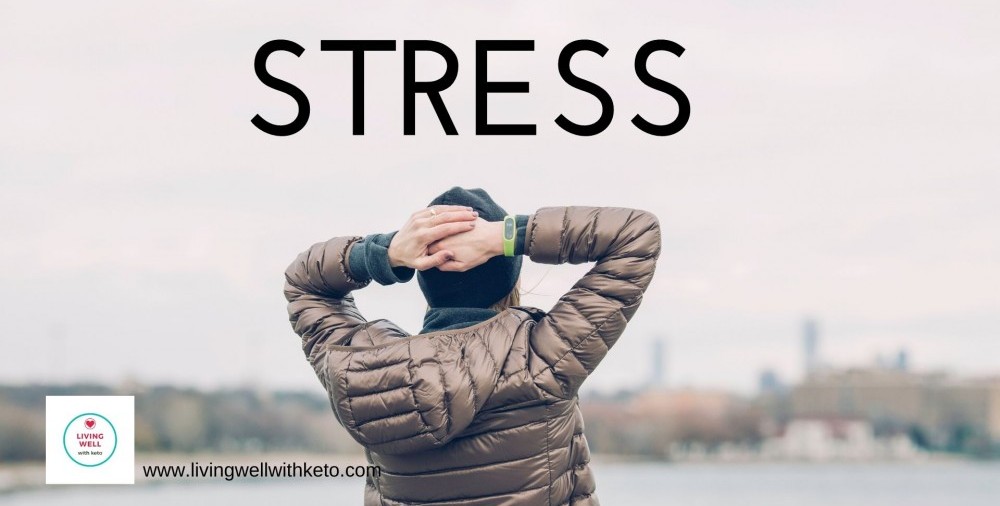 Stress causes a rise in the stress hormone cortisol. This hormone has been shown to increase the amount of visceral fat that you will store (9)

Try to find a way of managing your stress that you can enjoy.

Yoga and meditation are both great, but you may find walking the dog or reading will make you feel more relaxed.

Exercise has also been shown to be a good stress reliever. 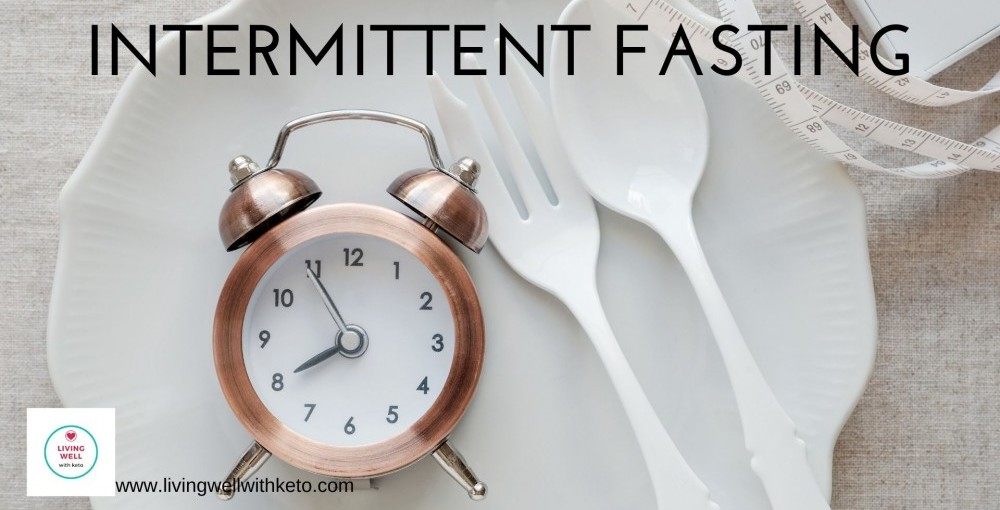 Intermittent fasting has been shown to reduce the amount of visceral fat by up to 7%.

Intermittent fasting has many other health benefits too, and could help to reduce the health issues caused by visceral fat.

The best method (and also the most popular) is to eat all your meals in an 8-hour window, leaving the other 16 food free.

The time you are asleep counts.

You could try skipping breakfast and having lunch at 2pm followed by an evening meal at 8pm, then nothing again until lunch the following day.

This would give you the necessary 16 hour fast.

You can drink water, black tea, or black coffee during your fasting window.

Visceral fat is the fat found deep in the abdomen, and can wrap itself around many organs including the stomach, liver, intestines and pancreas.

Due to the fact that visceral fat is metabolically active, it can trigger inflammation and cause numerous health problems.

This makes getting rid of visceral fat not only good for our body shape, but vital for health both now and in the future.

There are several ways of reducing visceral fat and it is more beneficial if all of them are used at the same time.

This appears to have faster results than trying just one method at a time.

Fortunately, visceral fat is easy to get rid of in comparison to the subcutaneous fat just under your skin.

As long as you throw all of these methods at the problem all at the same time, you will see results.

This should not take more than a few weeks to become obvious to you. Your stomach will look flatter but the important improvements will be out of sight.

You will have reduced your inflammation, and reversed or prevented many of the serious health issues that visceral fat will cause.

what is inflammation in the body

Turmeric and curcumin benefits how to beat inflammation

what is the keto diet about