How To Prevent Alzheimer’s With Food

Can your diet increase your chances of developing Alzheimer’s disease? What if Alzheimer’s could be prevented by changing the food you eat? How to prevent Alzheimer’s with food may not be such a far-fetched idea after all.

Currently, 5.2 million Americans have AD. This number is expected to rise to 16 million by 2050 without a breakthrough in the treatment and prevention of the disease (www.alz.org)

However, there have been numerous studies that suggest that avoiding Alzheimer’s could be easier than you think.

It could all be down to your diet.

You could be eating foods that increase your chance of developing Alzheimer’s’s almost every day.

There is a growing body of evidence that says it is your diet, not your genes, that is the biggest influence on your chances of becoming a victim of Alzheimer’s.

And not just Alzheimer’s but many other neurodegenerative conditions.

It’s probable that changing your diet isn’t going to be making any  of the big companies a lot of money.

So it’s unlikely that this intervention is going to get a lot of publicity.

However, scientists, writers and concerned people from every walk of life  are aware of the Alzheimer’s/ diet connection.

They are beginning to get this important message out to where it can be seen.

It needs to be right under the nose of every person who is interested in not getting Alzheimer’s as they age.

Insulin Resistance is sometimes referred to as Metabolic Syndrome.

It has been known for some time that Insulin Resistance increases your risk of Type 2 diabetes. You probably know this already.

What is less well-known is that this condition also increases your risk of many other diseases. These include  obesity, high blood pressure, heart disease and even cancer.

What is even less well-known is that research shows that Insulin Resistance is the trigger for most of the cases of Alzheimer’s disease.

What is Insulin Resistance?

Insulin Resistance is when your cells no longer respond properly to the presence of insulin. When this occurs, the glucose from your blood can’t be absorbed and used for energy.

In response to this, your body produces more insulin, leading to more insulin resistance. This sets up a vicious cycle which results in ever higher blood sugar levels.

This permanent state of raised blood/glucose levels is the condition Type 2 Diabetes.

What does this have to do with Alzheimer’s disease?

Unlike the rest of your body, your brain is a very heavy user of your body’s total energy.

Even in it’s resting state, it consumes 20% of all the energy needed for your daily living. Due to this, your brain has a vastly elevated need for glucose at all times.

Fortunately, our brains’ are designed to absorb glucose into the cells without the need for Insulin.

Unfortunately, this isn’t the case. The brain can absorb glucose without the help of Insulin, but it can’t make use of that glucose.

Without Insulin,  brain cells have no way of generating their energy needs from glucose.  So glucose cannot be used even when the cells have more than enough of it present.

Do some areas of the brain require more glucose for energy than others?

This study demonstrates that which areas in the brain require the most energy. They are those areas which are rich in synaptic density.

The highest levels of glycogen were found in the medulla oblongata, pons, cerebellum, hippocampus, hypothalamus, thalamus, cortex and striatum.

The hippocampus is the brains’ memory center. It is this area that gives rise to the first symptoms of Alzheimer’s.

More than many other areas, the hypocampus requires Insulin to deal with the extra bursts of energy it experiences.

Your memory center is a major user of glucose, and very often quickly requires more. This makes it very vulnerable to any shortage in Insulin.

Memory problems are almost always the very first sign that someone has of impending Alzheimer’s disease.

The progression of Alzheimer’s

This study shows that the entorhinal cortex and hippocampus (which are both involved with Memory) are the first areas to be damaged by Alzheimer’s.

The damage is then repeated in the cerebral cortex responsible for language, reasoning, and social behavior.

Eventually, the whole of the brain is damaged.

This study looked at Insulin Resistance and cognitive function, especially the development of Alzheimer´s disease.

It found that multiple studies report that patients with Insulin Resistance have an increased risk of developing Alzheimer’s Disease compared to age- and gender-matched controls.

Moreover, evidence suggested that Alzheimer’s is closely related to dysfunction of both insulin signaling and glucose metabolism in the brain.

This has led to some now calling Alzheimer’s disease type 3 diabetes, or an insulin resistant brain state.(1) (2)

Worse, this study showed a 65% increase in the risk of developing Alzheimer’s in people who had type 2 diabetes.

Are you at risk?

It is estimated here that more than half of the entire population are Insulin Resistant, and many of those are undiagnosed.

Given that the process of Alzheimer’s occurs years, possibly decades before any noticeable symptoms, it’s fair to say that any one of us could be at risk

So, we should assume we’re at risk, and make sure we move the odds as far in our favor as we possibly can.

This is a hopeful message, in so far as it gives us an opportunity to actively reduce our risk of this devastating condition.

As said earlier, Insulin Resistance occurs when we are continually spiking our blood/glucose levels. This is the trigger for an Insulin surge.

When this happens too often, we gradually become resistant to the insulin, and our blood/ glucose levels remain high.

So, in order to prevent this leading on to a high risk of Alzheimer’s Disease in the future, we need to limit or avoid foods that cause these spikes in blood/glucose.

Carbohydrates, especially simple carbs will cause a spike in blood/glucose levels very quickly.

Carbohydrates can be divided into two main groups:

Without a doubt, the simple carbohydrates are the worst.

If you want to protect your health both now and in the future, you should consider never eating these again.

Examples of simple carbohydrates include:

There are more than 50 names under which sugar can be listed in products, always read the labels.

These foods are not healthy, and you could do no better for your health than completely avoid them.

This includes all foods that are made with these ingredients such as: 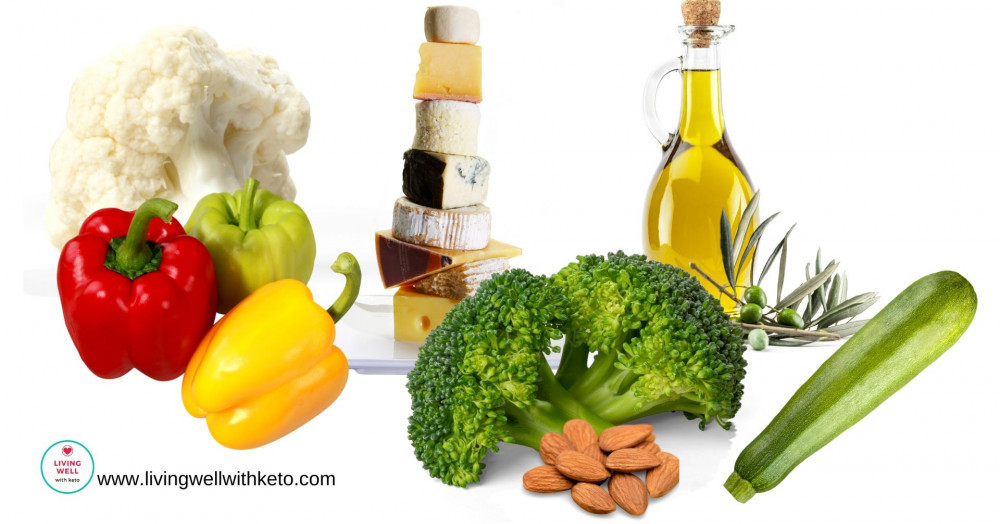 These are not as damaging as the simple variety, however they should still be limited. The keto diet has an upper limit of 20g net carbs each day.

The keto diet’s low carb allowance triggers the metabolic pathway of burning fat for fuel. When your body is doing this, it is producing ketones.

This study showed that ketones could be used as an alternative fuel for energy in a brain unable to use glucose.

For this reason, the keto diet is often suggested as a way of preventing Alzheimer’s along with a number of other neurodegenerative conditions.

So, include a few complex carbohydrates if you want to, but limit the amount.

Foods such as meat and fish contain carbs, but in very small amounts. These foods do not need to be limited.

For further reading about carbohydrates see:

How many carbs can you have on a keto diet?

The evidence is overwhelming. There is a relationship between Insulin Resistance and the development of Alzheimer’s disease.

So, the consumption of too many carbs is associated with Insulin Resistance.

It’s clear that the reduction of dietary carbs will reduce the risk.

Simple carbs should be avoided altogether. They quickly spike blood/glucose levels and offer nothing in the way of nutritional benefits.

Aim to cut these out of your diet completely.

Complex carbs such as above ground vegetables and berries can be eaten, but they should be limited.

The keto diet suggests a daily limit of 20g net each day. Consider this diet or a low carb diet for your health, and to reduce your risk of Alzheimer’s.

There is more than enough evidence already that shows clearly how to prevent Alzheimer’s with food.

With Alzheimer’s the most dramatic intervention could turn out to be a lot easier than you think.

Alzheimer’s disease: can it be cured

Next
How Many Carbs Can You Have On A Keto Diet?