Food For A Healthy Brain

There is overwhelming evidence that by eating certain foods you can maximize your chances of keeping your cognitive function in peak condition.

By paying attention to the sort of food you eat, you can support the health of you brain both physically and cognitively.

Over the past few years there has been a strong swing towards eating more carbohydrates, processed foods and sugar (1) .

This trend has been especially noticeable during the past 50 years.

Further, it’s no coincidence that as our diets became more carbohydrate heavy, the incidence of many serious diseases began to rise.

This group of diseases includes Alzheimer’s disease, other dementias as well as Parkinson’s disease.

Other signs of loss of brain function

However, when the brain loses function there are other signs that all is not well.

Your brain has very high energy needs, and is greatly effected by the foods that you eat.

Like all engines, the brain functions best on the best quality fuel.

If you feed your brain a diet high in carbohydrates, ready meals, sugar and seed oils your brain is forced to deal with this sub-standard fuel.

The fact that sugar is harmful to your brain has been well documented.

A high sugar diet will make conditions such as depression (1)and anxiety a lot worse.

A further study found that by eating a nutritionally dense diet the risk of depression was greatly decreased.

It is now widely accepted that a poor diet will also contribute to damaging inflammation within the brain. This can lead to a loss of function.

The findings are supported by This study out of Harvard Medical School.  There scientists looked specifically at the effect of food on brain function.

The team explained that Serotonin is the neurotransmitter that regulates sleep, appetite, moods and the perception of pain.

They point out that 95% of all serotonin is produced not in your brain but in your gastrointestinal tract.

Your gut contains about a hundred million neurons . This is because your gut doesn’t just digest food, it also influences your emotions.

Further, these same gut based neurons which  produce serotonin are highly influenced by the billions of good or bad bacteria you may have in your intestines.

If you are unfamiliar with the role of bacteria on health and mood read for a more detailed explanation:

Who’s craving sugar: You or your gut bacteria?

The role of gut bacteria on brain health 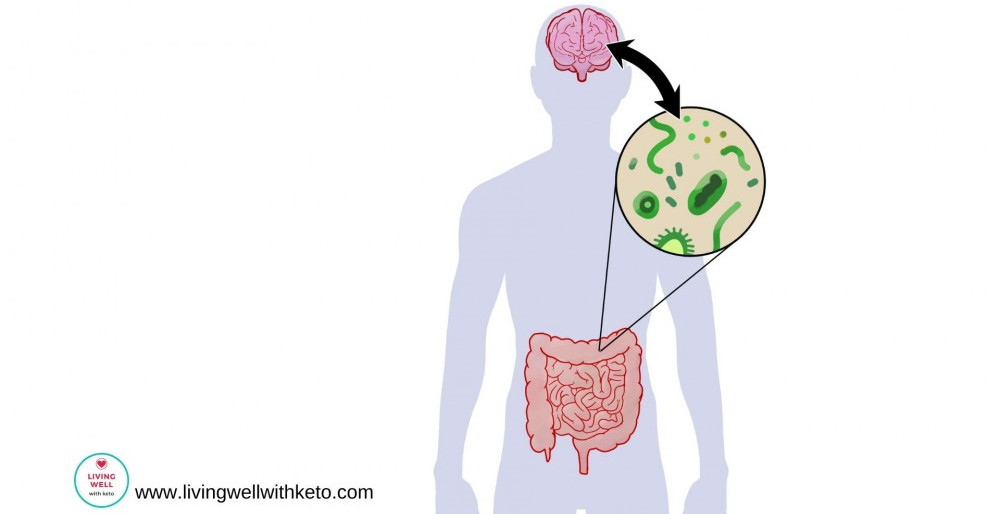 There is now a large body of scientific evidence that has shown that  taking probiotics is good for your health.  Probiotics contain good bacteria and caused  anxiety and stress levels to reduce.

Not only that, your bacteria can also influence the amount of inflammation throughout your whole body, including your brain.

Even more alarming is this study which found a link between poor diet and the mental health of children by the time they were 5 years old.

If you are unfamiliar with the role of bacteria on health and mood read:

Who’s craving sugar: You or your gut bacteria?

Which foods are food for a healthy brain?

If there is one healthy food that should top any list of brain enhancing foods it should be Fatty fish.

Your brain is made out of fat and almost half of that fat is Omega 3.

Omega 3 serves several very important functions for your brain including:

The best sources of fish high in omega 3 fatty acids are:

With that much choice it should be easy for you to choose a few you enjoy and eat those fish at least twice each week.

You’re probably already familiar with this super food. Long been a favourite of health gurus, it’s also hugely beneficial for your brain.

This is another food that lowers inflammation and lowers the risk of many diseases.

These include the neurodegenerative diseases such as Alzheimer’s disease and Parkinson’s disease.

However, the benefits of eating blueberries go further.

Just a handful of these berries helped to improve communication between brain cells. There was also an improvement in memory (5)

So, if you haven’t tried them before now it the time. Sprinkle a few on your meal or eat them on their own.

It’s difficult to overstate how healthy Turmeric is.

As with Blueberries, it can reduce inflammation. Plus it can increase the speed with which new brain cells are produced and can enhance memory.

For a more detailed read about Turmeric see:

Turmeric and curcumin benefits: How to beat inflammation

This is an easy spice to use and can be added to potato dishes and curry. It can also be defused into a healthy tea.

Fans of the keto diet can’t get enough of this super healthy vegetable. Not only is nutritionally dense , it’s also low carb.

On top of that, the average serving has a whole days recommended amount of vitamin K.

Vitamin K is vital to the proper function of your brain.

This study found that Vitamin K is essential for the synthesis of sphingolipids. These have important cell signaling functions.

Another great food for brain health. The American Society for nutrition states:

“only recently have the effects of nut and berry consumption on the brain, different neural systems, and cognition been studied. There is growing evidence that the synergy and interaction of all of the nutrients and other bioactive components in nuts and berries can have a beneficial effect on the brain and cognition. Regular nut consumption, berry consumption, or both could possibly be used as an adjunctive therapeutic strategy in the treatment and prevention of several neurodegenerative diseases and age-related brain”

Walnuts have the additional benefit of containing omega 3 fatty acids. However, all nuts are hugely beneficial both to your general health and to your brain.

Eggs contain a long list of nutrients, and should be included often in your diet.

When it comes to brain health, of particular importance is the fact that eggs contain choline. This is used to manufacture acetylcholine.

It is this neurotransmitter which helps to regulate mood and memory.

Further, eggs also contain vitamins B12 which has been demonstrated as helping to slow mental decline as we age.

So, with their load of B12 and choline, eggs can increase the several functions within the brain and help to slow down decline.

Not exactly a food, but green tea is another substance that reduces inflammation and can protect your brain against many neurodegenerative disorders.

It has also been found to improve memory in this study. The researchers stated that:

“Our findings provide first evidence for the putative beneficial effect of green tea on cognitive functioning, in particular, on working memory processing at the neural system level by suggesting changes in short-term plasticity of parieto-frontal brain connections. Modeling effective connectivity among frontal and parietal brain regions during working memory processing might help to assess the efficacy of green tea for the treatment of cognitive impairments in psychiatric disorders such as dementia.”

By swapping out one of your daily drinks for a green tea you will be helping your memory and reducing your risk of dementia.

Very often we are led to believe that a certain amount of loss of cognitive function is inevitable as we age.

However, there is now a large body of evidence that suggests that you can keep or enhance the function of you brain through careful food choices.

It is also wise to avoid seed oils. These are bad for your health. Choose oils such as olive oil, butter or coconut oil.

Try to include all the foods that are listed here at least a few times a week each.

Most can be eaten every day, and fatty fish need to be consumed at least twice each week.

By including these foods you’ll boost your focus, memory and mood.

Next
Positive Thinking For Health