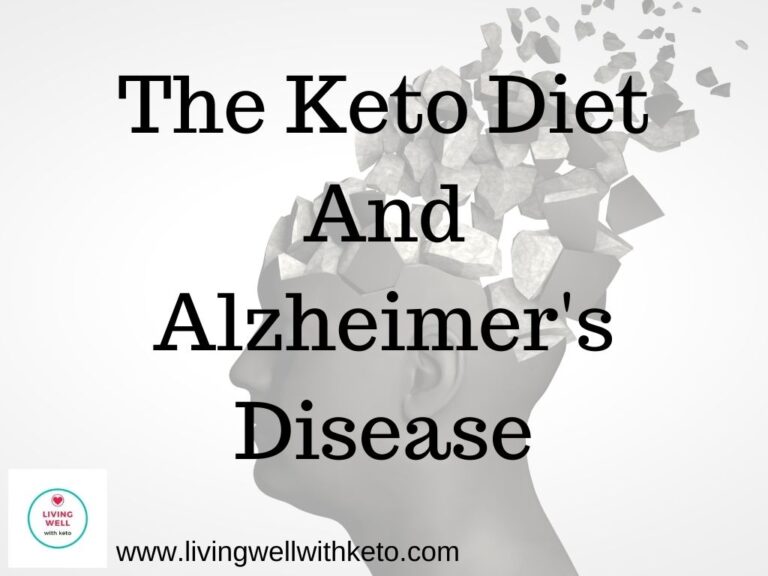 Is there a positive link between the keto diet and Alzheimer’s Disease? Research shows that the presence of ketones has a neuroprotective effect on aging brain cells.

With the passing of each year, the amount of people who are diagnosed with Alzheimer’s disease increases.

Alzheimer’s Disease is a devastating neurodegenerative disorder. It’s become so common in older adults that it’s now almost considered to be a normal part of aging.

However, just because something is common it doesn’t make it normal.

The pathway of the underlying pathology in Alzheimer’s Disease is still not completely discovered.

Fortunately, in the last few years there has been significant progress in its understanding.

Studies have demonstrated that the Alzheimers brain contains is an inflamed brain. The presence of chronic inflammation is a leading cause of many diseases, including neurodegenerative disease.

Further, there is a steady and devastating loss of neurons and an inability to metabolize glucose.

This decrease in the ability to metabolize glucose is seen as a major cause of the cognitive damage done in Alzheimers.

This is due to the fact the brain is a heavy user of energy. It needs a constant supply of glucose to be able to function properly.

Strangely, the Alzheimer brain is not short of glucose; the brain is swimming in glucose but it can’t access this glucose to meet its energy needs.

It is due to this that there is the inevitable damage and death of brain cells.

This has led to Alzheimer’s disease sometimes being referred to as Diabetes type 3.

Is there a way of protecting the brain against this damage?

There is a growing body of evidence that demonstrates that diet can be beneficial, and can even reverse cognitive damage.

In particular, scientific attention has fallen on the benefits of the keto diet.

The keto diet is a very high fa,t low carbohydrate diet which causes the body to go into a state of ketosis.

It’s the presence of these ketone bodies that has a protective impact on brain cells.

The Mitochondria are present in nearly all types of human cell and are vital to our survival. They generate the majority of our adenosine triphosphate (ATP), the energy currency of the cell.

Mitochondria are also involved in other tasks, such as signaling between cells and cell death, otherwise known as apoptosis.

Importantly, ketosis has been shown to reduce dangerous chronic inflammation, and is now considered as a potential therapy for Alzheimer’s disease. 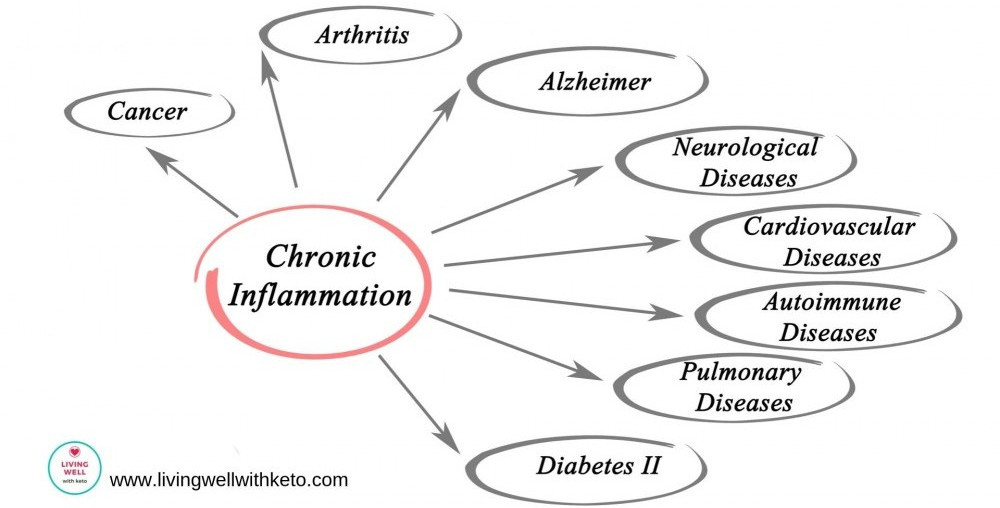 The keto diet can be used as a way of providing the brain with a source of energy when it’s unable to use glucose.

The ketones which are produced when following the keto diet can be used as a secondary energy supply, thus preventing the cell from becoming damaged.

Furthermore, the keto diet could help to reduce the accumulation of the amyloid plaques that are found in the Alzheimer’s brain.

This study found that the presence of ketones in the brain would lead to an improvement in cognitive functioning. This gives rise to the suggestion that the keto diet could be an effective treatment and prevention for Alzheimers.

The study did note that in order to be successful, there would need to be ketones present, plus a restriction in the amount of carbohydrates eaten.

This would ensure a secondary source of energy, and reduce the amount of inflammation in the brain.

This study also found that using the keto diet as a therapeutic intervention was supported by its findings.

The authors stated that:

There is now a large body of evidence for the neuroprotective benefits of the keto diet .

This 2019 study was able to conclude that:

Based on the limited animal studies and clinical trials, KD has beneficial effects for enhancing mitochondrial function and cellular metabolism. It is associated with improved cognitive performance in elderly adults with AD. The improvement of the cognitive outcomes depends on the level and duration of ketosis. The best results of KD treatment are expected in early presymptomatic stages of AD. However, it requires a practical diagnostic approach.

The future research should explore the exact mechanism (s) of action of KD that underlie the neurodegenerative disorders to restore abnormal glucose and energy metabolism in animal models, as well as in patients with different diseases. Also, further studies are necessary for the long-term effects of KD for nutritional status, general well-being, and the progress of AD in patients. However, this novel metabolic treatment seems to be intriguing and deserves further clinical investigations in the progress of AD.

Should the keto diet be considered as a therapy for Alzheimer’s Disease?

There is now overwhelming evidence that the keto diet is able to delay or improve the effects of Alzheimer’s disease.

Even though more research needs to be done as to why exactly this happens, it has been demonstrated that the keto diet can be a therapeutic intervention.

The Keto Diet has been shown to be able to both delay and improve Alzheimers.

This is due to the ability of the keto diet to act as a secondary source of energy and to reverse chronic inflammation.

These are the two main problems found in the brains of Alzheimers patients.

It seems clear that in order to achieve benefits, it’s necessary to both lower carbohydrate consumption and to be producing ketones.

In other words, the same effect would not be found by just by taking exogenous ketones.

It’s very important that the diet is low carbohydrat. This is due to the the negative effects of a high carbohydrate intake.

Moreover, there is a lot of evidence of the cognitive enhancing properties of MCT Oil.

It would seem reasonable to consider using this along with a keto diet for the maximum results.

Alzheimer’s disease is increasing and becoming a major health issue for older adults.

The disease causes an inability of the brain to correctly uptake glucose.

Further, there are clear signs of chronic inflammation in the brains of sufferers.

The keto diet has a low carbohydrate requirement and is able to trigger the production of  ketones.

For these reasons, the keto diet is  beneficial for both of the main issues in Alzheimers. It is able to supply an accessable source of energy  and reduce the dangerous chronic inflammation.

MCT oil is also able to improve cognitive function, and you should consider using this alongside the keto diet.

For further reading about the link between diet and Alzheimers see here and here.