Low carb eating is becoming a superstar. Ever increasing numbers of people are turning to some form of low carb eating to reach their weight loss and health goals.

The internet is awash with success stories.

Whether it’s the super healthy keto diet or a reduced carb plan, this way of eating is being widely adopted.  Low carb is loved for both weight control and  its multiple heath benefits.

So, what has caused this rise in the popularity of counting the carbs instead of counting calories?

Counting calories has done nothing to help people with weight control.

There is overwhelming evidence that calorie counting is seriously flawed.

We have no receptors for calories, but we do respond to the amount of carbohydrates we consume.

So it follows that we need to eat in a way that is in harmony with our body. A way that takes into account our  ability to sense the types of foods we eat, not the amount.

It is now understood that the old calorie in/ calorie out model can only give us a basic guide to how much to eat.

It will not help us to lose weight, nor eat correctly.

For more information about the futility of calorie counting read:

Learn to make friends with Fat

Finally, after years of making fat the enemy of health and weight control, the truth is out. It’s carbs and not fat which is making us all fat.

For years fat has been demonized to the point that most people will only eat low fat foods.

Now we’re all catching up with the science and coming to terms with the fact we have been badly misinformed.

Fat, it turns out, isn’t so bad after all. We have been avoiding the wrong macro, and millions of people everywhere are paying the price.

We were all too busy eating low fat everything from fat reduced yogurt for our low fat breakfast to super lean meat in our pies.

We weren’t looking at the scales.

And nobody was adding up how our carbohydrate intake was steadily climbing through the roof.

Then slowly, and with almost universal disbelief, we started to hear all about carbs and insulin and fat storage.

It was a tough message to believe and a complete reversal of the message that has been everywhere for the past fifty years.

Think of the famous food triangle, and turn it upside down.

Most people needed a lot of convincing, but the success stories of low carb eating and weight loss started to fill newspapers and web sites.

As the anecdotal evidence of carb intake and weight gain became more known, so the science was revisited and the results were surprising to say the least.

Science shows that fat has never been the enemy

There has been a lot of evidence for a long time that fat has never been the cause of weight gain or ill health.

It’s not fat that is implicated in the development of multiple diseases, including neurodegenerative diseases such as Alzheimer’s and Parkinson’s.

Fat, it turns out, does none of these things.

The damage is done by eating far too many carbs.

Too many carbs each day are causing the pandemic of obesity which is now visible everywhere.

Simple carbs in particular are devastating for our health, and offer nothing in terms of nutritional value.

They cause huge spikes in our blood/glucose levels which lead to a corresponding spike in Insulin.

Unfortunately for those with weight issues, insulin is the body’s signal to store fat.

And millions around the world have been doing just that.

It’s hard to walk through any public space without noticing that people are larger than ever. A lot larger, and getting bigger all the time.

Further, a huge daily intake of carbs fuels the chronic inflammation which is making millions of people sick.

Now, finally, people are saying enough is enough. They are looking at the standard dietary advice and finding out that it is all wrong.

It’s time to stop this carb fest, and thousands are doing just that every day.

So, can you get thin on fat?

There was a time when people ate a high fat meal of bacon and eggs for breakfast. A great ultra low carb meal, and they were thin.

They also ate meat and the fat that came with it. Eggs fried in lard or butter, fish, full fat cream and seasonal vegetables.

Fruits were expensive, and eaten only occasionally.

Seed oils hadn’t hit our shelves or our health.

Ready meals weren’t a thing, and everyone ate three good meals a day, and ate until they felt full.

Obesity was almost never seen. It was unusual for seniors to get Alzheimer’s, and type two diabetes wasn’t even known about by most people.

People were definitely a lot slimmer and healthier 50 years ago. 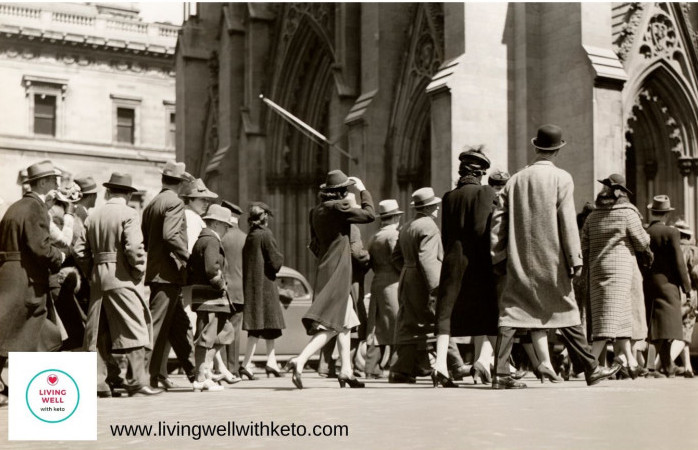 How did the Standard American Diet change?

Fifty years ago the average person ate nothing like we do today on the Standard American Diet (SAD).

Food is now cheaper, more easily available and more abundant than ever before, but our diet is worse.

We all eat more, and the average calorie intake has been increasing steadily since the 1970s.

Worse, nearly half of those calories come from grains and flours (1)

And even worse than that is the fact that the fats that are consumed are overwhelmingly vegetable oils such as canola, soy and corn.

These seed oils are seriously bad for your health.

We should all be avoiding them, not cooking with them, or buying ready meals that use them as an ingredient.

At the same time, we were all told to ditch the healthy fats, limit meat and base our diet on carbohydrates.

In America, the average consumption of grains is 122.1 pounds each year, with wheat being the staple grain of SAD.

Breads and baked goods account for most of this intake.

All this occurred at the same time as the average weight across all ages increased dramatically.

And now, more people that ever are joining the dots and working out that carbs, not fats, are the reason we are all getting bigger. 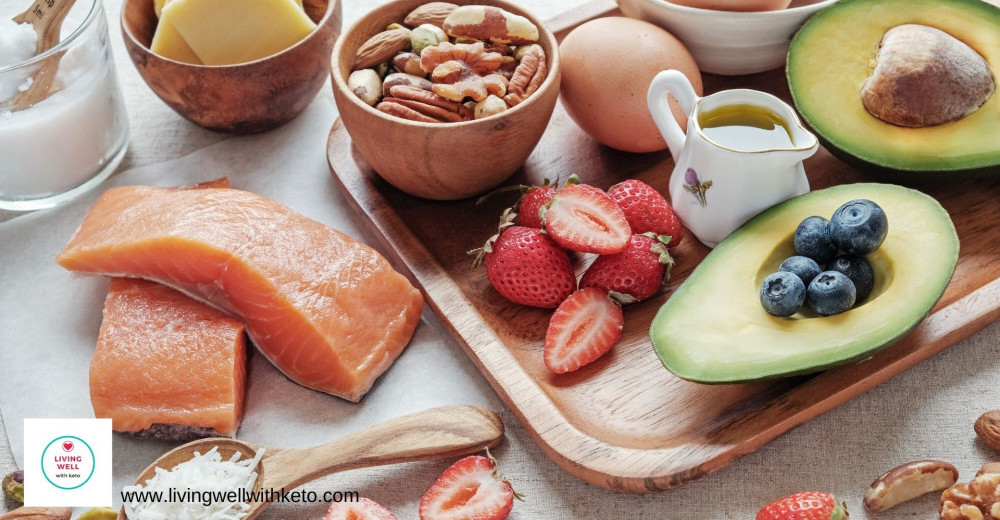 With this new awareness of the benefits of low carb eating, word is getting out that this is a way of eating that is great for losing weight.

Plus there is growing recognition of its role in reversing type two diabetes.

The British Dietetic Association has now come out in support of the UK’s health service app that seeks to help people with pre diabetes, type 2 diabetes and obesity.

The app enables people to successfully follow a low carb eating program which helps to reverse these conditions.

“Following the program will support individuals to improve the quality of their diet, lose weight and likely improve their diabetes control.”

This is backed by the findings of this review which looked at the results of 1000 people in the UK who were following a low carb diet.

The average weight loss was 7.4kg and their HbA1c was reduced by 1.2%

Even more impressive was the fact that 39% of the subjects lowered their HbA1c to below the level where they would be considered to have type 2 diabetes.

This study concluded that low carb was effective against many serious conditions .

They found strong evidence for:

And emerging evidence for the value of low carb eating with:

There is now a mountain of scientific evidence that low carb eating, the type of eating that was normal 50 years ago, is the healthiest way to eat.

Finally, after years of misinformation people are coming around to the idea that the old advice of low fat, carb heavy eating is wrong.

The food pyramid is almost the exact opposite to the way we should be eating to stay healthy.

Fats, which have been demonized for so long are now understood to be both satiating and healthy.

They don’t produce dangerous insulin spikes plus they stabilize our blood/glucose levels.

This leads naturally to a decreased appetite, and an improved mood.

Contary to this, carbohydrates cause a quick jump in blood/glucose levels and lead to endless Insulin spikes which are so bad for our health.

Bad news when you remember that Insulin is the body’s fat storage signal.

All those carbs will be converted into fat and saved for the famine that most of us will never experience.

The only way to end this cycle is to make every effort to reduce carbs, and return to the way of eating that would have been familiar to our grandparents.

The keto diet is ultra low carb and has the added benefit of triggering ketosis which has multiple health benefits.

However, even a low carb plan which allows for more carbs than keto,  is good. It will bring your weight down to normal levels and improve your health.

Thankfully, the message about the amazing benefits of ditching the carbs is reaching a larger audience every day.

Become one of the millions now making low carb eating a superstar in the dieting world.

Next
Cheap Keto Meals (8 Ways To Eat Keto For Less)